I know, I know I haven’t been on this blog in like forever, my apologies. Things have been rather hard with the covid-19 situation, working, kids and just life in general.

I am back though and with some absolutely fab news!

It’s been 2 years in the making but my chapter in the anthology Eighteen Point Five is almost ready to be published and I am so excited to see this projection come into fruition!

So what is the book about you ask?

It’s an uplifting and encouraging anthology of 25 people living with a disability or disorder. Either written by them or a writer.

To be published in September 2020!

So exciting don’t you think!

If anyone would like to order a printed copy, please send me a message on this blog or on my facebook page and I will add you to my ever growing list so that I can make sure I have enough books available once the book is ready to launch!

How is that for a first post in awhile!

Hopefully I can get this blog up and going again, on other exciting new I have a mentor helping me to get “The Cat and her Mistress” back on track again…this editing part is so hard!

For the past 3 to 4 years I have spent a lot of my time crafting my manuscript for “The Cat and her Mistress”. One of the hardest things I have found is making sure that my characters are not one dimensional and have depth to them. I’m not talking about shape by the way, I’m talking about what makes my characters them, what their personality traits may be, do they have any character flaws that makes them human? Or an elf or a fairy for that matter. What makes them them?

It’s almost like building something out of clay, first, it’s this big clump before you shape it but slowly bit by bit, you start to see the mound of clay take shape and you can see the features begin to appear. It does take a lot of work so that you are not falling into cliche characters that really have no personality and just follow sayings that are commonly used. I want my characters to be unique, yes to have flaws, to have different thought processes and to truly be their own person. I want them to be as real as can be, to make mistakes and to learn from them (or not).

I’ve also found the world building an interesting one as well and learnt quite a bit before I decided after I had the basics of the world I was creating that map making was not my forte and that there were many technical aspects that I had not even taken into consideration. I knew I wanted a map to go with my story but had no idea that rivers, rocks and mountains had to go a certain way to be realistic as the real world so that it is believable. I was thankful that I had a professional that was able to do this for me, you can check their fantastic work at this link here http://www.fantasy-map.net/ and I think for me it was well worth getting in a professional for this and very happy with the outcome.

Today I’ve had a very informative day at the Getting in Shape Online for Authors workshop which was run by the SA Writers Centre. It was a long day but a good one!

Hopefully, I will be able to put what I have learnt to good use and can make this site and my Pippa.K – Author Facebook page work well in the online world.

Later this month, during the Salisbury Writers’ Festival I’ll be attending another workshop called “Working with an Editor with Sam Cooney”. I look forward to hearing about how editors function and hope this will help me to vastly improve how I work as a writer.

With this workshop, I’m hoping it will help me to understand the process of editing better as I complete my manuscript.  I’m well aware of the importance of having an editor and I want the “The Cat and her Mistress” to be the best it can be and want the process to be smooth as I ready it for publication.

Onto other news, I recently entered some images of mine into Aspire to Inspire “Colours Of My World” art exhibition and they will be holding an art exhibition as titled  “Colours Of My World” which will include all different themed pieces of visual and literary works from the Autism community. There will be special guests Tim & Judy Sharp there who will be presenting Tim’s work and opening the celebrations with a talk about their personal journey to success.

The images I have entered:

You may have seen this one previously, titled as “Children’s laughter colours my world.” 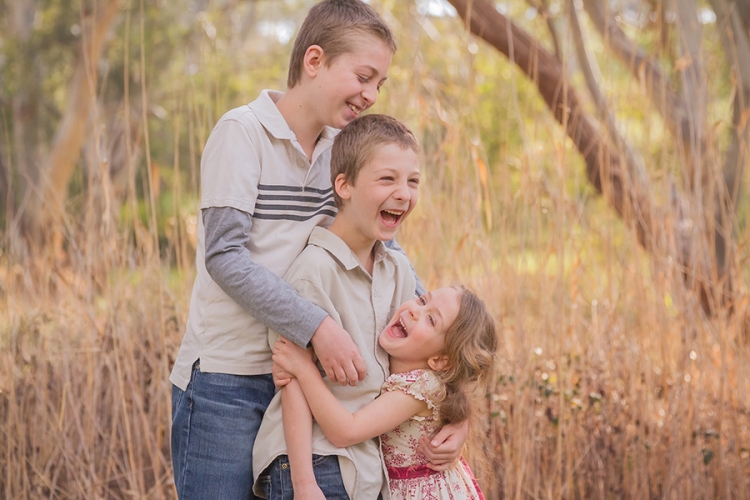 And finally, titled: Rainbow of colour.

Through mountains we travel

I wasn’t sure about sharing this here (being so public) but I wanted to share this experience because I want this page to be as real as it can be and not just all beautiful memes or fluffy kitties.

As of this past week, I have had to put a stop to my study, it wasn’t a decision made lightly and when I first enrolled I had every intention of completing it.

Unfortunately, there has been a few issues within myself, one being my anxiety and social phobia that is holding me back. But as many know that living with anxiety, it’s not an easy thing to get past.

My theory for study I did perfectly and my lecturer was very impressed with my work. When it came to my placement, this is where it came unstuck and whilst I seemed to cope fine at the placement and the school has been amazing in supporting me, I was becoming unhappy and spent the nights leading to my placement in tears and dreading it at no fault of the school. It was my own demons that I was fighting.

Amongst all this, I have also found out (towards the end of last year) that I am a BRCA 1 mutation carrier which means that I have a high chance of both ovarian and breast cancer. I have had the preventive surgery to minimise the risk of ovarian cancer and I am currently having constant screening for breast cancer. Something was picked up at my latest routine breast MRI but thankfully this has turned out to be benign.

We will continue to monitor things but I also have the thought of preventative surgery at the back of my mind in case we do decide to go down that road.

During this both my lecturer, the school staff, friends and family have been really amazingly supportive in regards to this decision of stopping my study and the school and lecturer are happy to welcome me back at any time if I choose to go back. I honestly don’t know if that will happen but the door is open should I choose it.

This is the real me and I hate the way my anxiety makes me feel but have had to step back.

I would still like to get into something somewhere, not sure how I will go with that for the time being, my family need me to be at my happiest…to get through the mountains that lie ahead.

If you managed to read this far then I give you a high five! With all that in mind and thinking of the positives, I guess that this means I can get back to the large job of doing the rewrites and editing of “The cat and her Mistress”.

Oh and because I can’t do a post without a photo, I DID have to finish it with a fluffy kitty. Meet Willow…

I was just 17 when Buffy the Vampire Slayer appeared on our screens for the first time, being that age it was a torrential time for me at that time. Having had lived with my foster parent for the past 10 years (since I was 7), it was decided to help me gain independence whilst still receiving help from the state that I move out into independent living on my own. I think Buffy and the Scooby gang (as they come to be known as) helped me during that time especially as I think I connected with the characters being of similar ages and so I could empathise with all that came with being a teen and then heading into adulthood. I realised that I could do it and Buffy became a huge role model for me and that although a fictional character, that if she could go through what she did that I could too. Even still at the age of 37 do I look up to Buffy and what she represents.

I realised that I could do it out in the real world and Buffy became a huge role model for me, although a fictional character if she could go through what she did that I could too. Even still at the age of 37 I look up to Buffy and what she represents as a character.

I’ve read many articles in regards to Joss Whedon and his writing of Buffy the Vampire Slayer and portraying strong female characters and I’ve noticed in almost all interviews that he is always asked this main question.

“Why do you always write these strong women characters?”

and his response just kicks it “Because you’re still asking me that question.”

Joss Whedon must be sick of that question and I can understand why, I mean why does that even need to be asked? Women ARE strong and in Buffy we see that over and over again, if you look at any of the female characters portrayed. From Buffy to Willow (another of my favourite characters) through to Faith, Cordelia, Dawn, Anya and Tara, all are so different from each other but all strong in their own ways and that is what I liked about it.

BTVS will always be a huge part of my life, no matter how old I get, it helped me to see that being different is okay although it has taken me many years to be happy with whom I am and accept that, I think that BTVS helped me to get to that point. But it has also led me on the path to writing my own strong female characters for my own story such as in “The Cat and Her Mistress” and that she is not a character to be messed with and that she can hold her own just as much as anyone else.

Thank you to Tom Trager for kindly allowing me to use this image to celebrate 20 years on of Buffy the Vampire Slayer.

I also couldn’t resist checking out the BTVS comics and only because they are written by no other than Joss Whedon (I wouldn’t be able to read them otherwise) and just had delivered today (how is that for timing for the 20th anniversary) the Library Edition of Season 8 – Volume 1. So I look forward to checking that out too and see what the Scooby gang get up to in these collectors volumes.

So if you haven’t already, do yourself as a favour and check out the series Buffy the Vampire Slayer. You won’t regret it…well not until you have none left to watch that is and then you can watch it all over again!