The one thing I think miss 4.5 loves about going to parties is being able to get dressed into her pretty dresses. Having two older brothers I would have thought she was be a tomboy (which was pretty much me as a kid) but nope, she loves all things girly and is a real little mother hen. Loves to dress up and is now starting to let me do her hair (still with some distraction involved)…she also seems to love photos of herself and will ooh and ahh over photos I take of her…just like she did with this one. 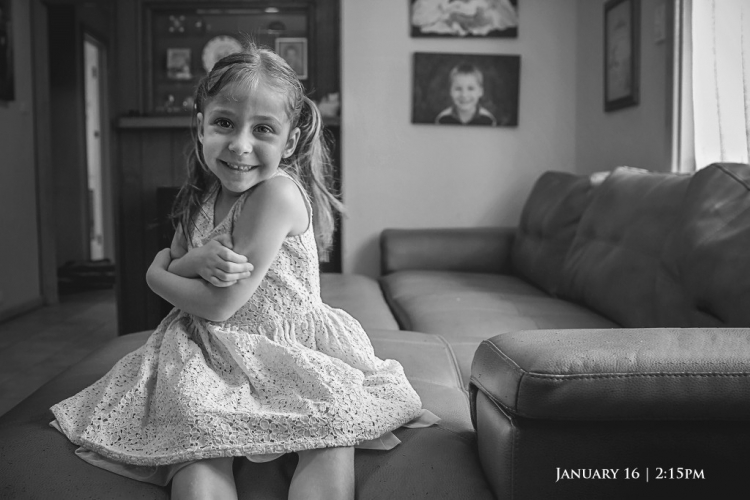 Cooking – My eldest after having a go at cooking scrambeled eggs the other night decided that he would like to try his hand at cooking something else. So tonight we decided to cook something a little bit more diffcult and one of his favourites meals of fried rice (and mine). He did really well too and it tasted yummy as well! 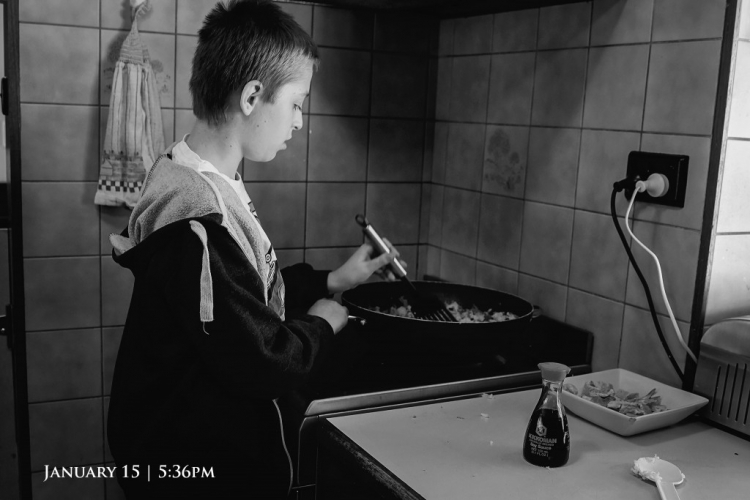 Lead training – Yes cats can be lead trained just as well as dogs can. The last cat that I lead trained was 18 plus years ago so it’s almost like learning again although I remember bits and pieces from it. The cat also has to enjoy as well. Today is day two and we had a lot of success (much more than I thought we would considering we are only two days into the training.)

I started a bit late as Belle is 8 months old (better late than never hey!) but as she is a 100% indoor cat I wanted to give her a chance to enjoy the outdoors whilst also keeping her safe.

She is still getting used to it but made progress today and walked across the grass and chased her little ball that she likes so we thought we would take some photos of her progress and decided to include these in my photo a day project.

Belle is now tuckered out and fast asleep on my desk so all in a day’s work!

I should also mention that I have been following CATMANTOO and his youtube videos. Here you can watch his leash training video here as well as plenty of other cat training tutorials: https://www.youtube.com/watch?v=1qSMk8tJB20 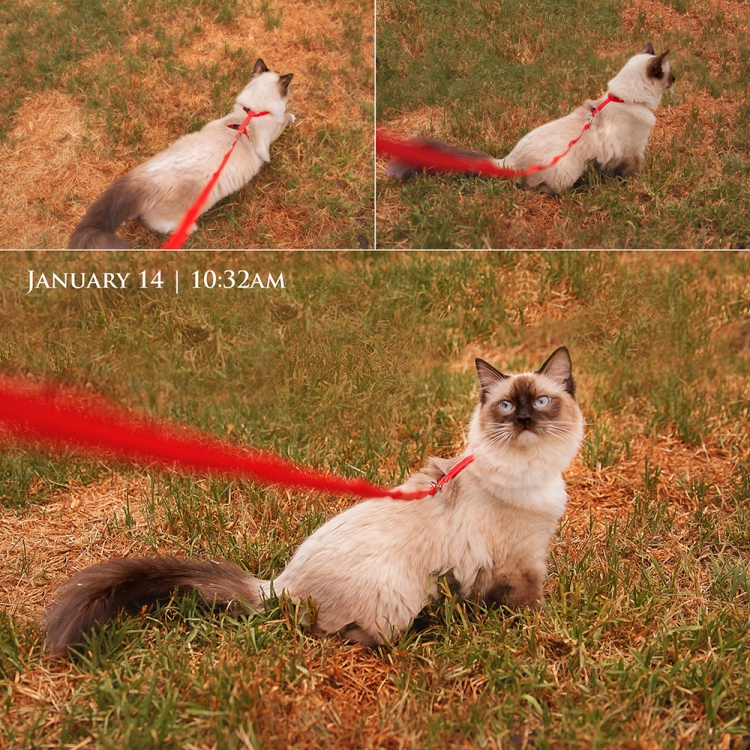 Miss 4.5 was excited this morning when we got home from our appointments to find a parcel waiting for her.

I entered a competition on the Pirates, Wings & Magical Things Facebook page. I knew she is a huge fairy and magical creature fan so couldn’t resist entering and we excitedly won what is called a Zwippy plush fairy friend so I think my miss is very happy with her prize.

Make sure to check out Pirates, Wings & Magical Things Facebook page to see all things above!

The passing of a musical legend {David Bowie}

It’s hard to express how I feel about the passing of David Bowie who passed away at 69 years of age due to cancer. To me David Bowie will always be a part of my childhood due to watching and falling in love with his character “Jareth” the Goblin King in the movie Labyrinth. He brought so much colour and wonder to the music scene and I think alot of our music today is thanks to what he brought forth. My thoughts go out to David Bowies family at the passing of a wonderful musician and idol. I know that obviously David Bowie himself does not appear in the novelisation of Labyrinth which I own a copy of but know that every time I read it, I will see his face. He will ALWAYS be the Goblin King to me and I’m ever so lucky to have followed his art in both music and film as I grew up. An inspiration to the very end.

I know that he released his last album just four days ago and I know that this album was his way of saying goodbye to his fans, ever the artist to the very end. I have watched the following clip several times over the past few hours and the lyrics certainly struck me so if you haven’t seen this clip already then I really recommend you do, a true masterpiece.